Just when I thought I wouldn’t see those white flakes falling from the sky … guess what, it snowed. Oh well, it was a good excuse to make some soup and use more of my frozen homegrown garden goodness.

I started by sautéing onion, thinly sliced, in some extra virgin olive oil. When they were just starting to caramelize I tossed in a couple of minced garlic cloves and seasoned with salt and black pepper. 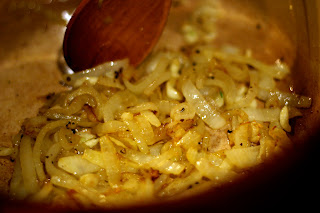 Then I peeled and diced sweet potato and added that into the pot. I let it all hang out, stirring occasionally until I saw that some potato pieces were just beginning to brown. That’s when I added a quart of homemade chicken broth. 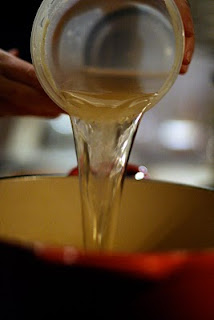 I stirred in some chopped frozen kale, along with a cup or so of frozen yellow pear tomatoes, two minced chipotle peppers in adobo and about 14 oz. of cooked cannellini beans. 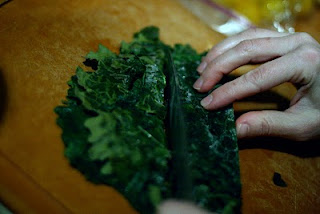 For added flavor, I tossed in the rind from some cheese I was saving for just such an occasion. I brought it all up to a boil, then reduced the heat and let it simmer for 15 minutes or so. 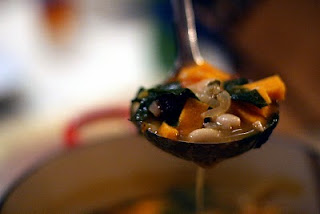 Before serving, I removed what was left of the cheese rind and seasoned with a touch more salt and black pepper. 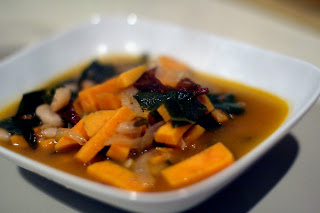 I may not be a huge fan of winter, but enjoying a hearty soup in front of a roaring fire makes it a bit more tolerable.
Photos by Renato Ghio