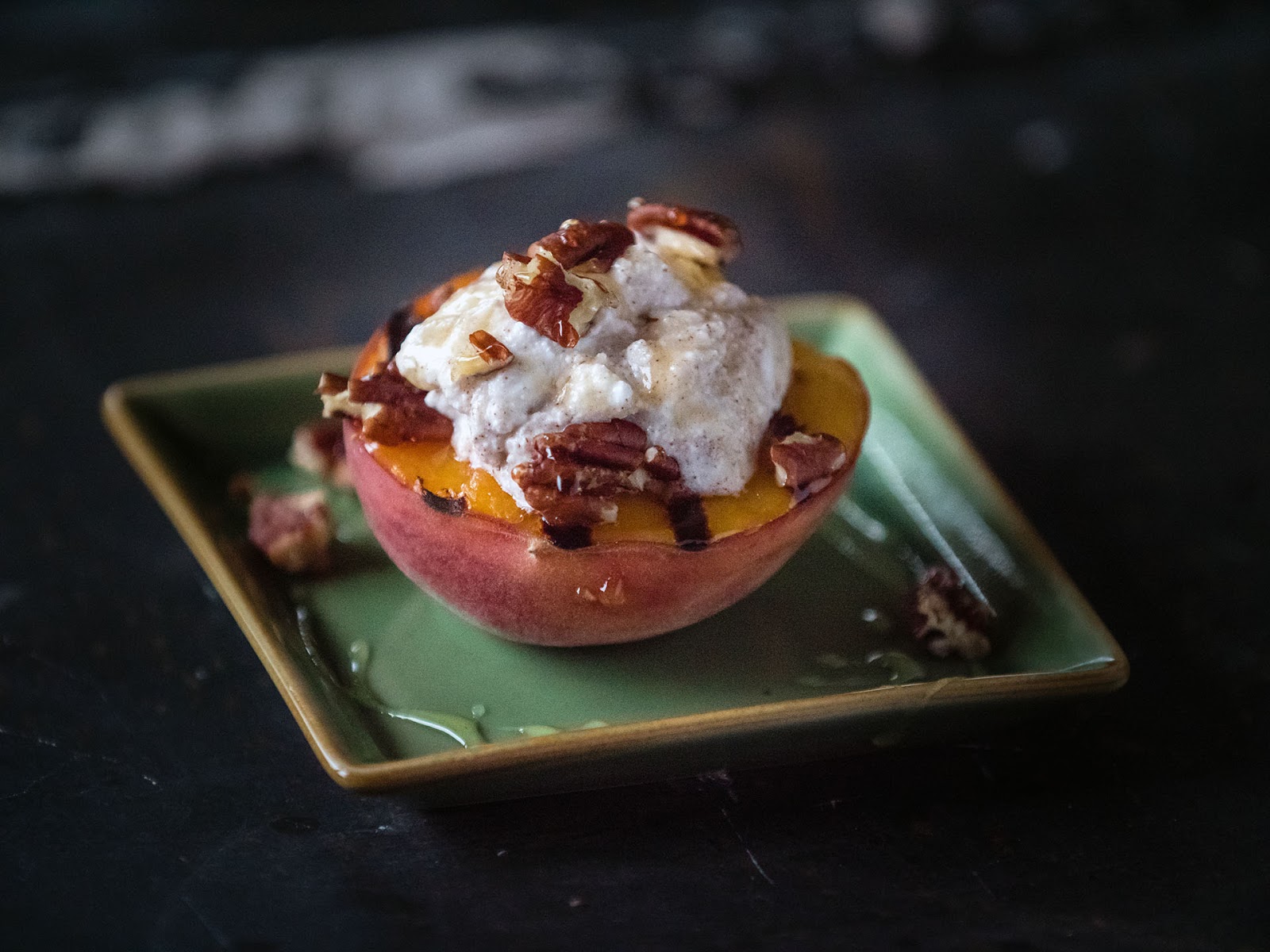 There is nothing like a fresh, ripe local peach. It’s dessert unto itself but with a little ricotta, cinnamon, nuts, and honey, you have a simple summer delight fancy enough for a dinner party, easy enough for any night of the week.

The taste of a just-picked peach brings me back to childhood. Before I got “into” the local food movement, I would lament that supermarket peaches just didn’t taste like the ones I remember when I was a kid. In fact, they were more times than not, completely tasteless. That first bite of a local peach over ten years ago when I rediscovered “local food” was a rush of flavor and memories. I said to myself “now, this was what I remember” and so dearly missed.

Peaches were something we’d buy only in the summer, then they disappeared from store shelves until the next summer. It was “a take advantage of them while you could” mantra. We’ve lost that a bit nowadays; I see peaches year around in the grocery store. I get it, but to me, they just don’t taste the same. It’s not “peach season” in New England in January, and to get them here from wherever they are grown means they are probably picked underripe, and that means not-so-tasty even by the time they get to the produce department.

That’s why I have been binging on local peaches. I cannot get enough of them lately. This recipe keeps it simple so you can still celebrate what makes a local peach so delightful but turns it into a light summer dessert. 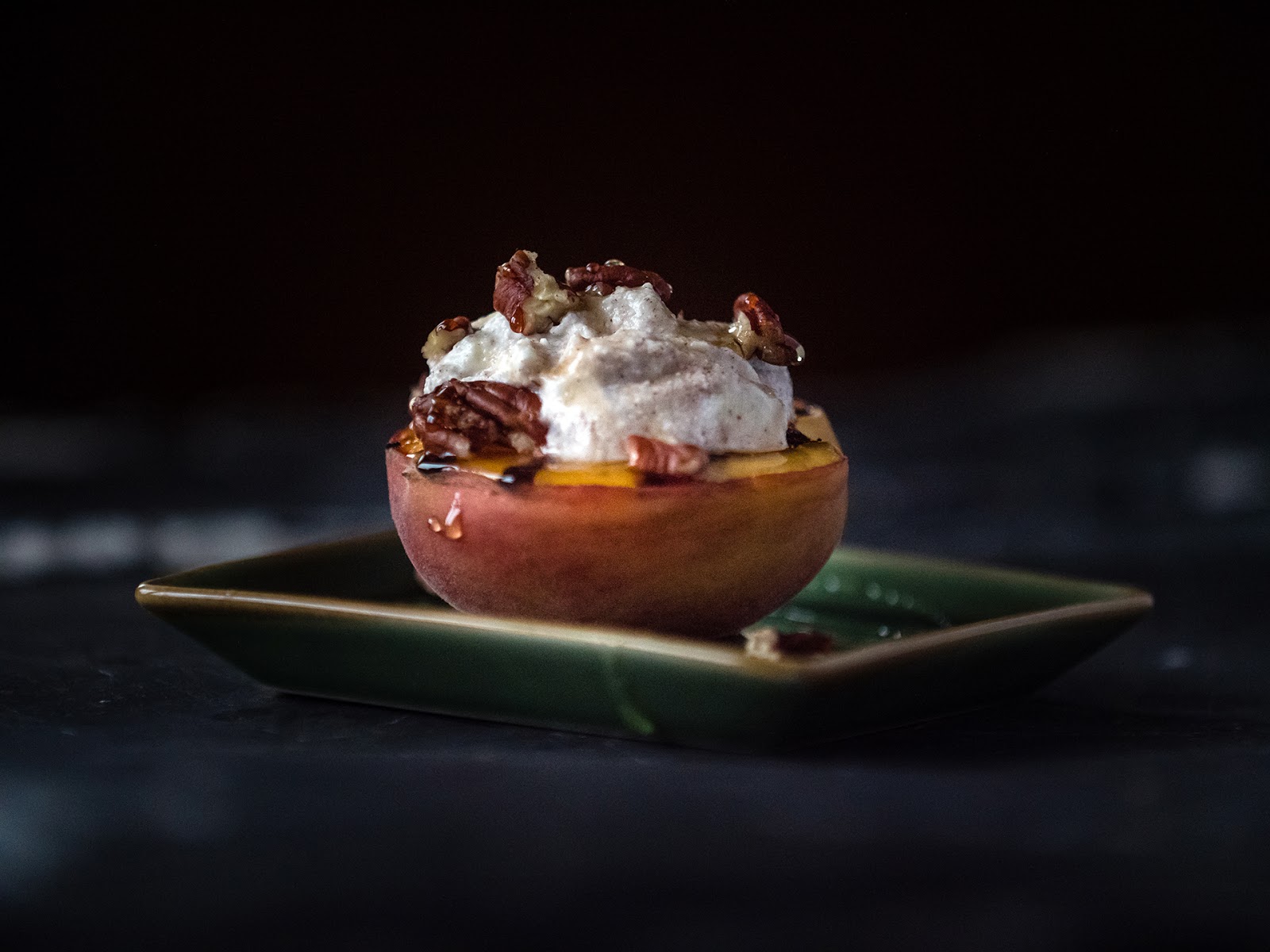 Split a couple of peaches, take out the pit and grill ’em. Then once they soften, turn them cut side up and scoop on a mix of ricotta, cinnamon, and honey. Add some crunch with nuts on top and maybe an extra drizzle of local honey for good measure. It tastes good and looks pretty too. And, sure you can serve this dessert with a knife and fork, but I say just pick up your half and eat it with your hands, which just seems like the natural thing to do at a casual summer meal.