Two Sundays ago (yes I’m behind on blogging) we had the pleasure of attending the Parallel Post Farm To Trumbull dinner held at Gilberties Herb Gardens. 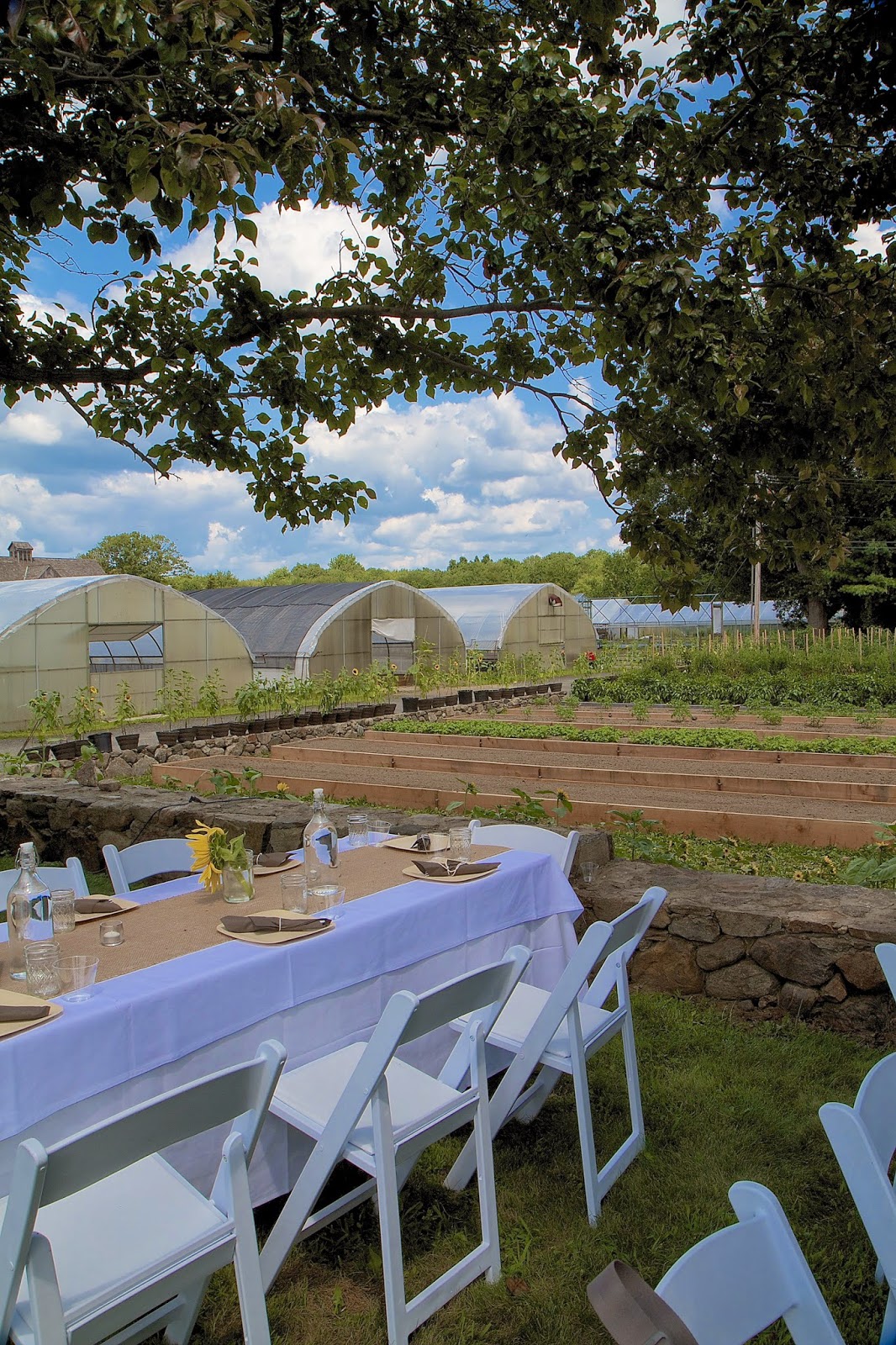 It was a beautiful day – plenty of sun, a gentle breeze, an array of cocktails and delicious bites.

As we walked onto the lawn with tables set under a line of trees we were greeted by a cheese and chutney table, wine and a raw bar featuring oysters, clams and a scallop ceviche. 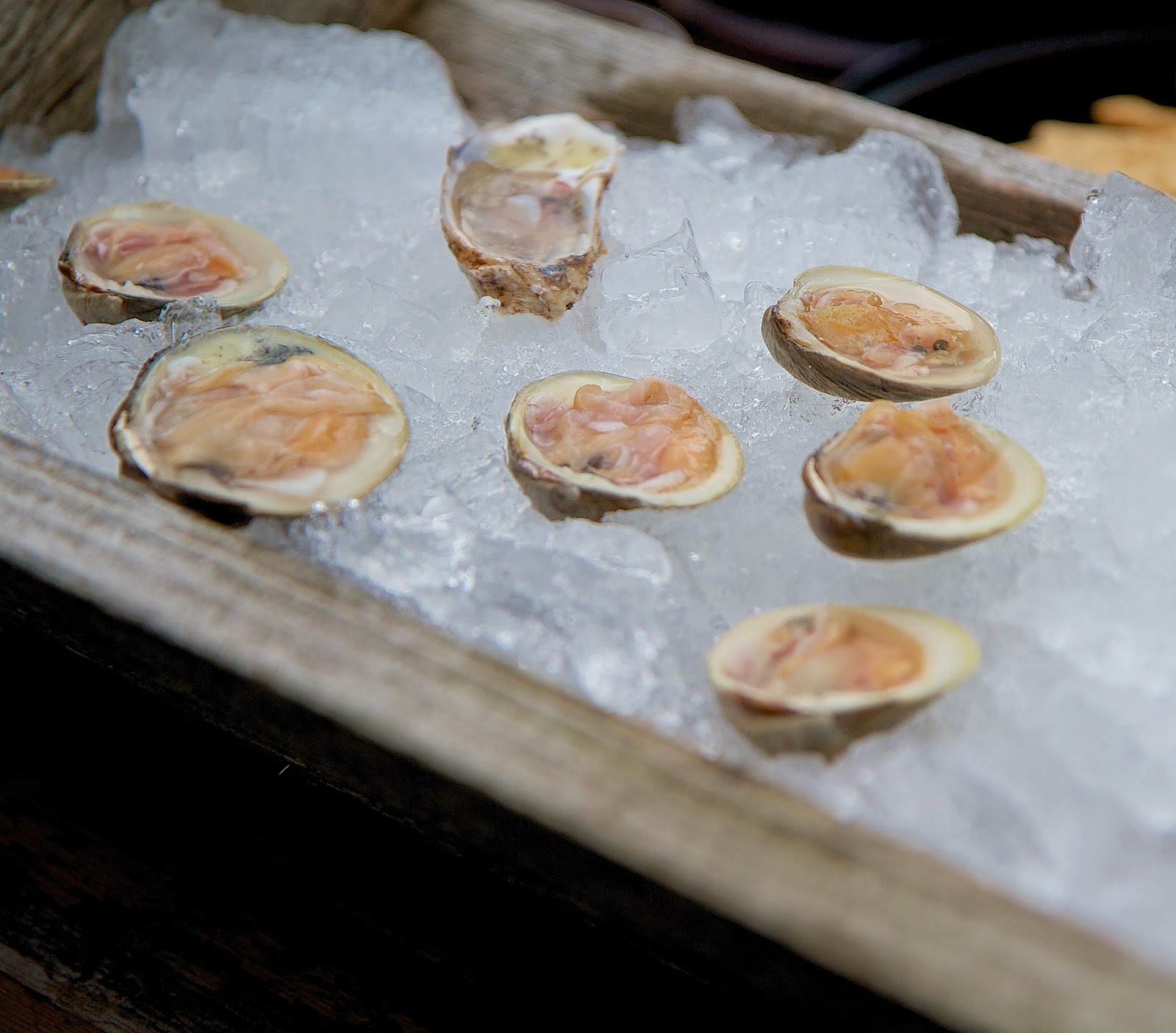 I went straight for the ceviche which was fresh with a nice acidity. I’m not one for raw clams and oysters but Renato confirmed that they were equally fresh. 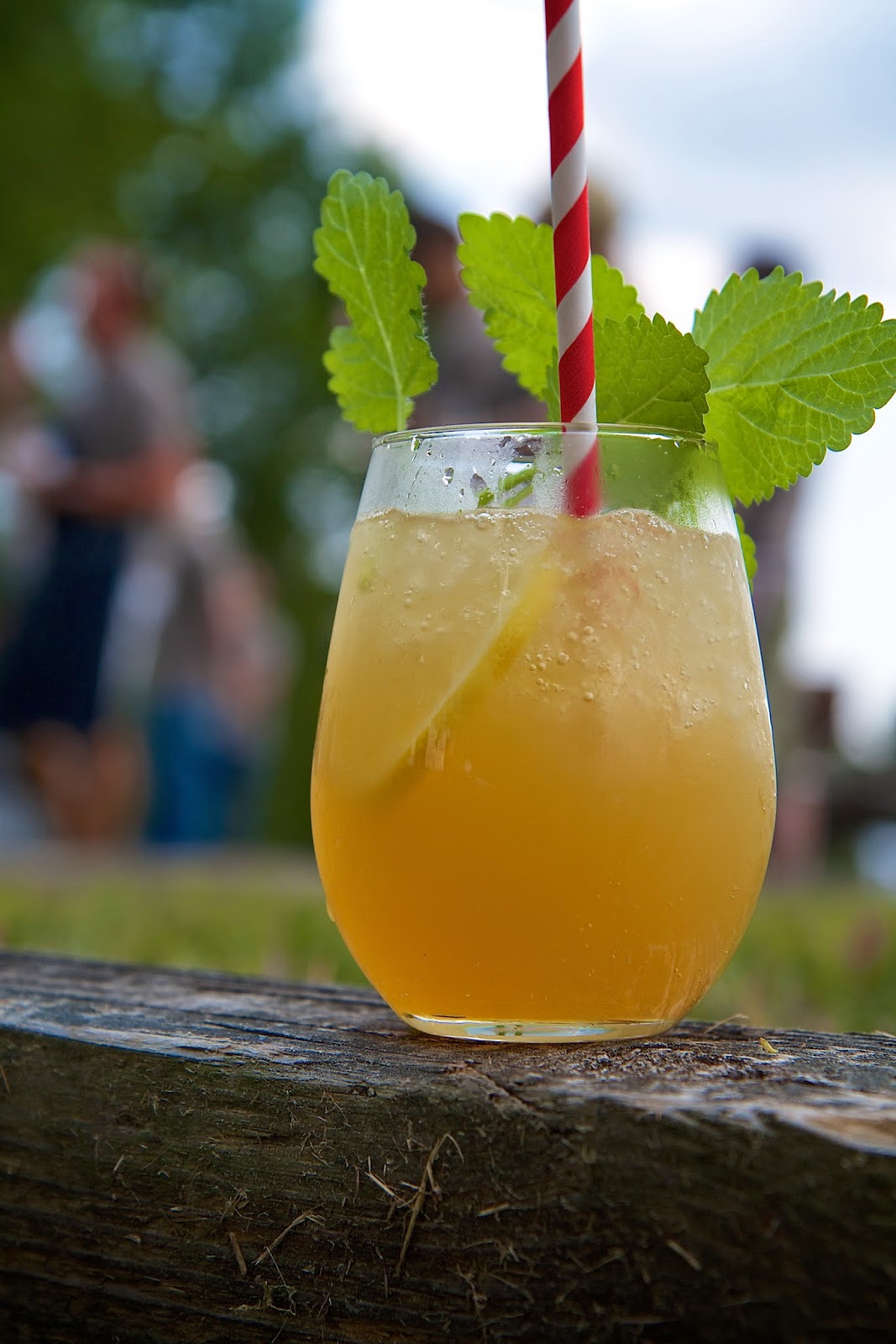 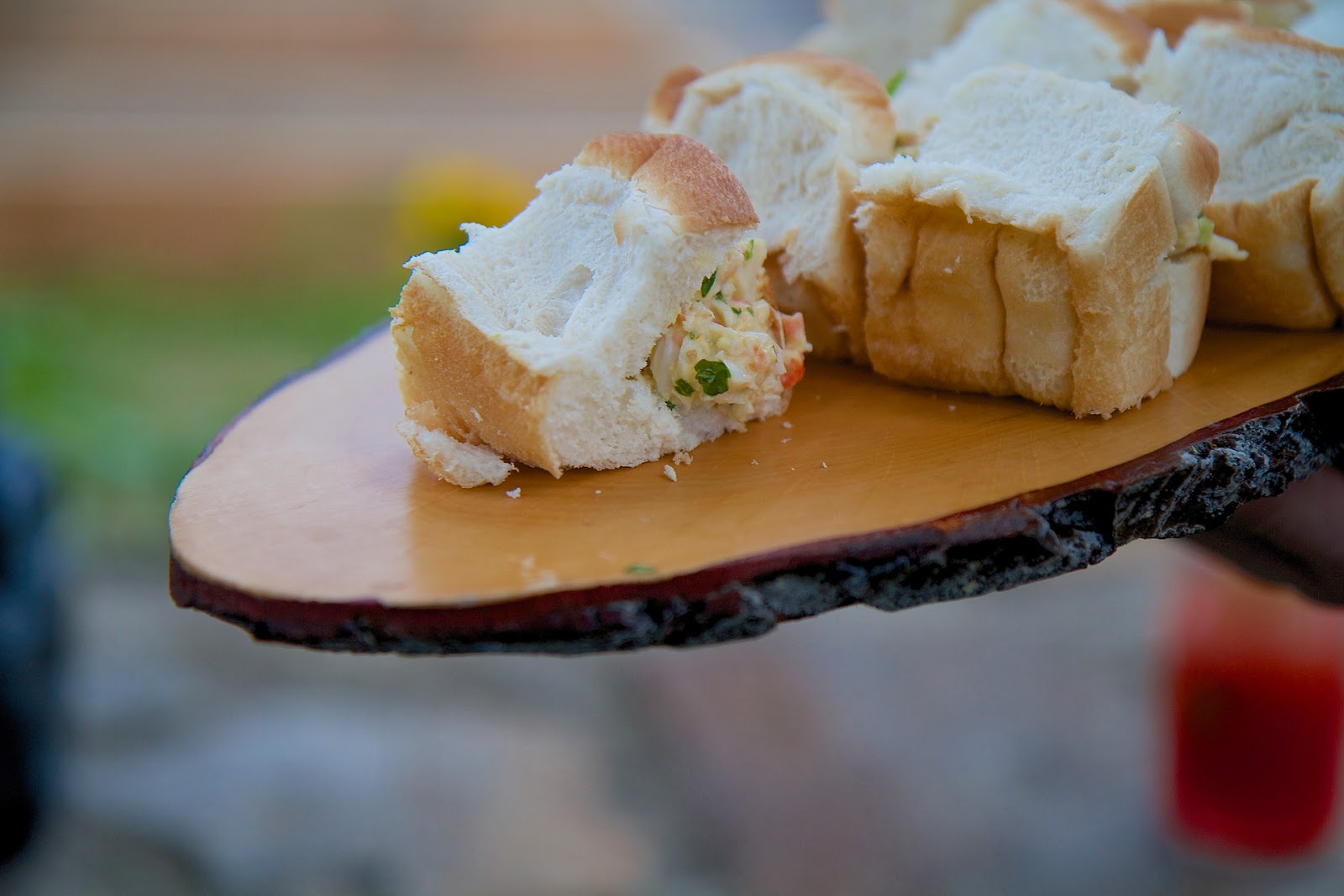 Lobster rolls were the passed hors d’oeuvres. The roll itself was nothing out of the ordinary but the salad wasn’t overly mixed with mayo, allowing the fresh lobster to shine.

With drinks in hand Chef Dean James Max said a few words to the crowd explaining how they “love to come out here” so people can see and taste what local farmers like Sal Giblertie are doing. He added that right now at Parallel Post the menu is “very vegetable friendly, utilizing as many heirloom vegetables as possible.” 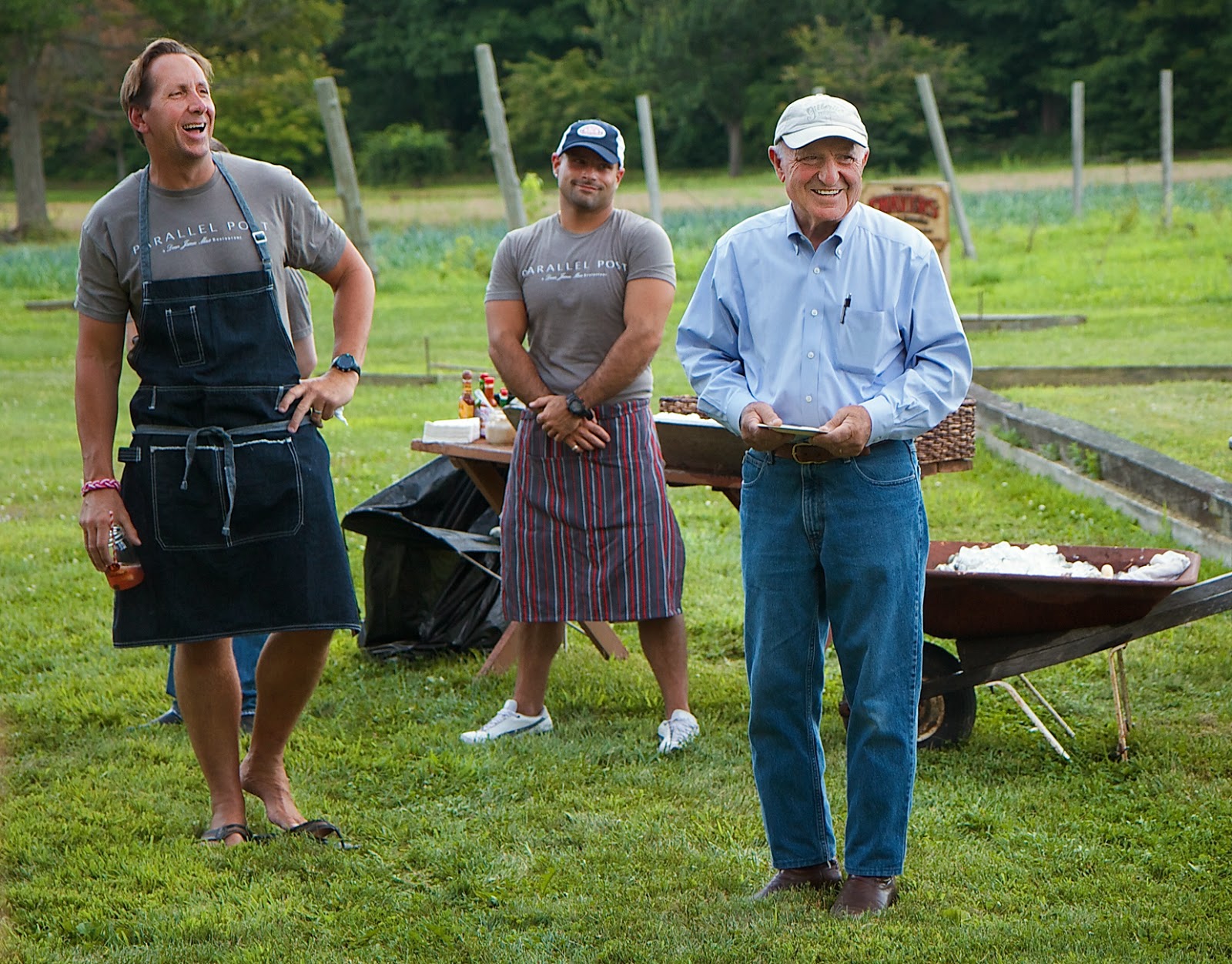 He then turned things over to Sal Gilbertie who gave us an abbreviated history of his amazing operation with it’s humble beginnings in 1919 by his grandfather. Mr. Gilbertie spoke passionately about the importance of growing organically, “It’s the only way to go,” he said.

Then we were treated to a farm tour. Fun fact, at Gilbertie’s chefs can purchase a raised bed and have things grown just for them.

Once our tour was complete, it was time to eat. We began with a chilled soup followed by a series of salads. 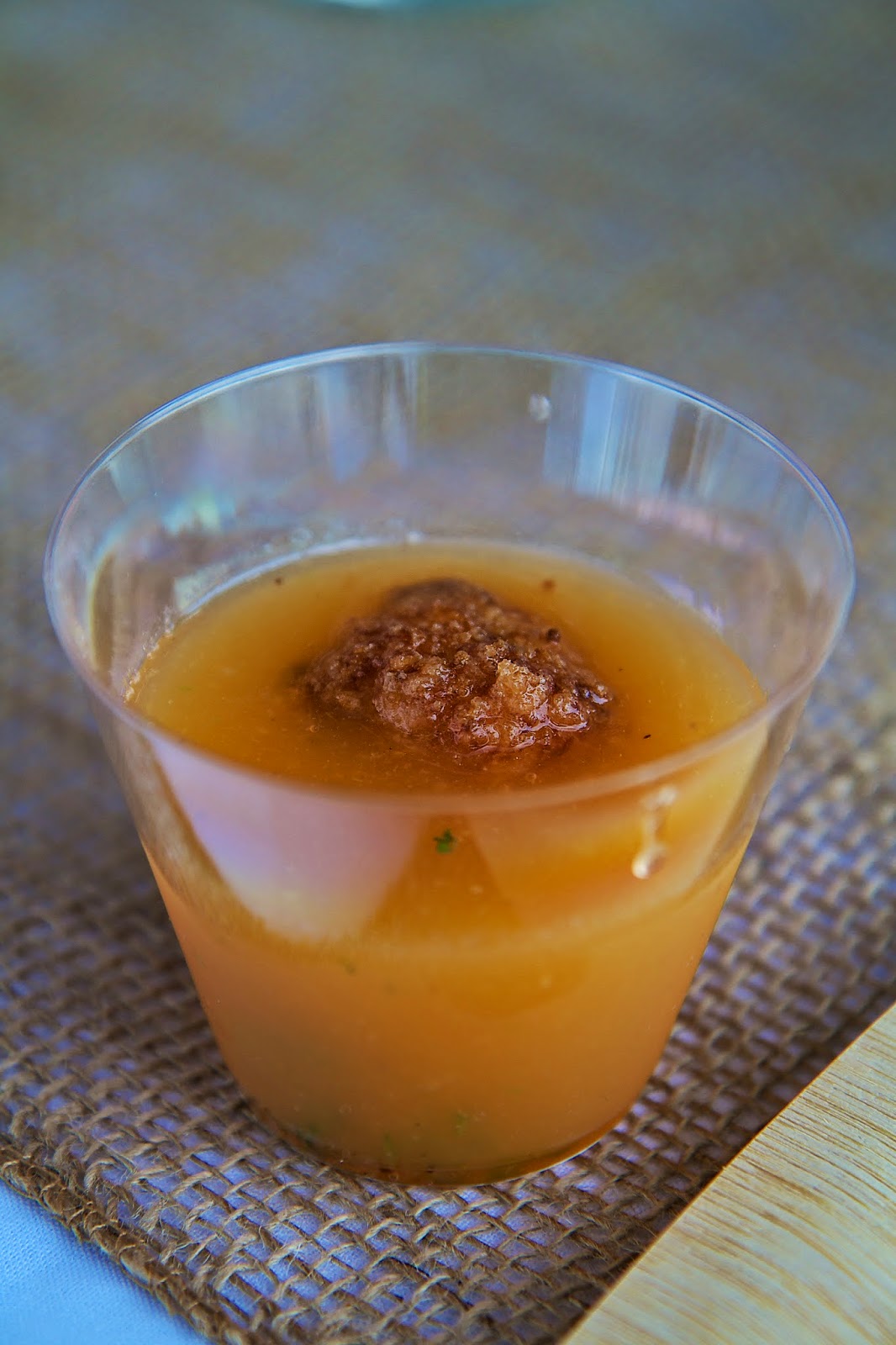 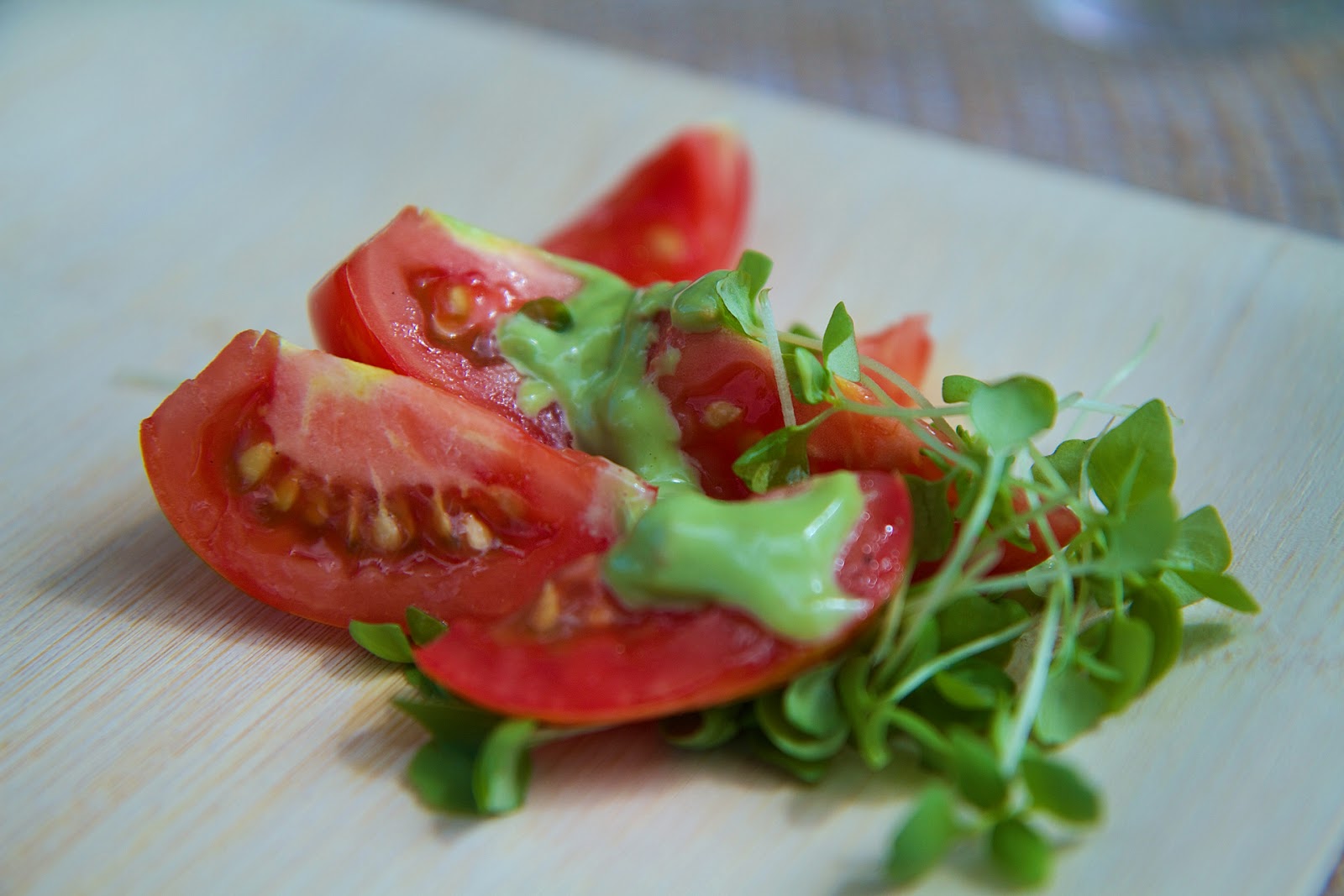 Heirloom tomato and mache salad with a bacon basil aioli dressing. Sure, it doesn’t get much better than farm fresh tomatoes. It didn’t even need the dressing. But that dressing was so good. I could envision putting it on everything. It was smokey with an amazing green color from the fresh basil. 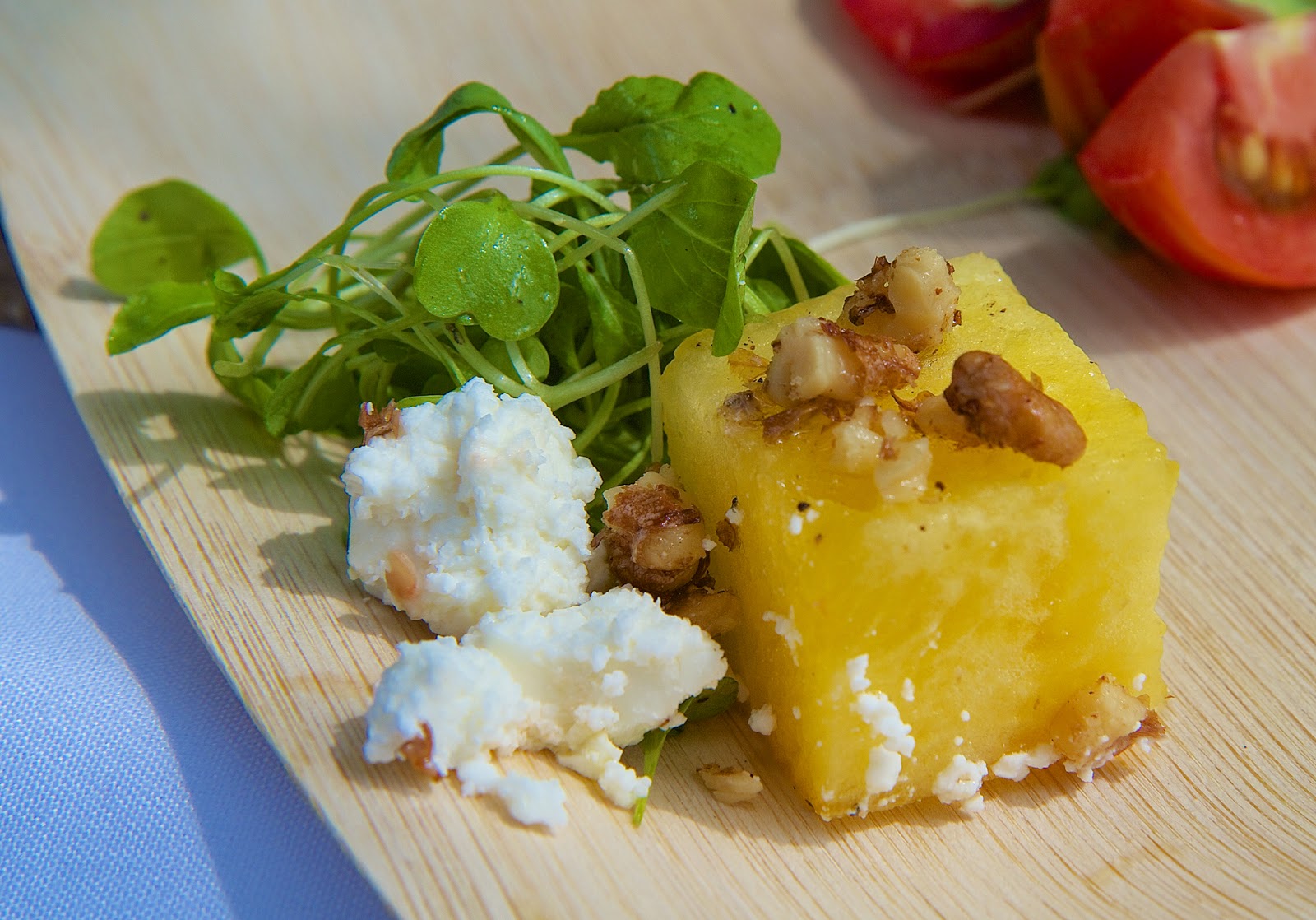 Micro-arugula with pink and yellow watermelon topped with feta and walnuts. The melon was perfectly juicy. The nuts grounded the sweetness of the melon. 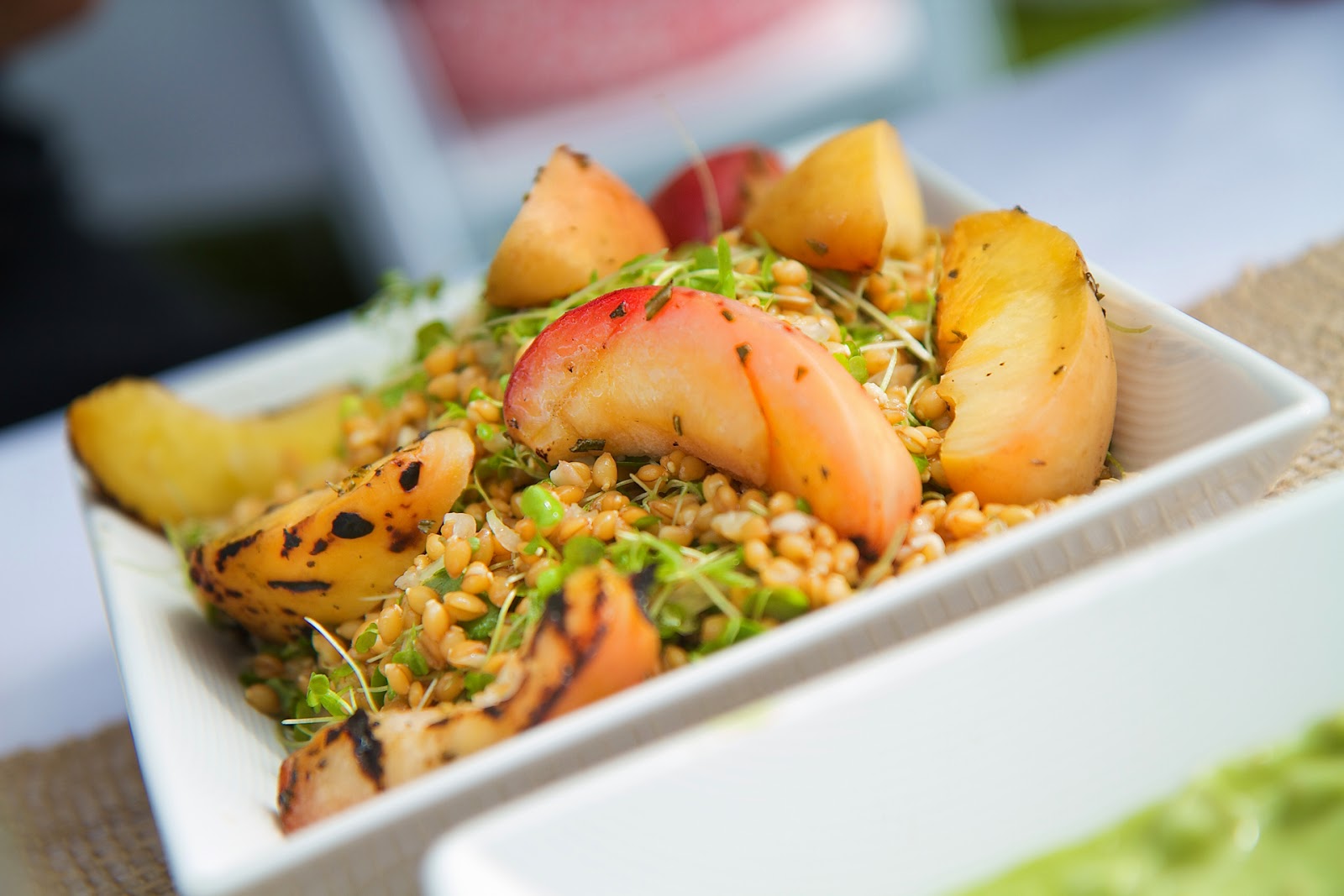 Grilled peaches with farro. This dish was hearty but still light. The farro was perfectly cooked with a nice chewiness. 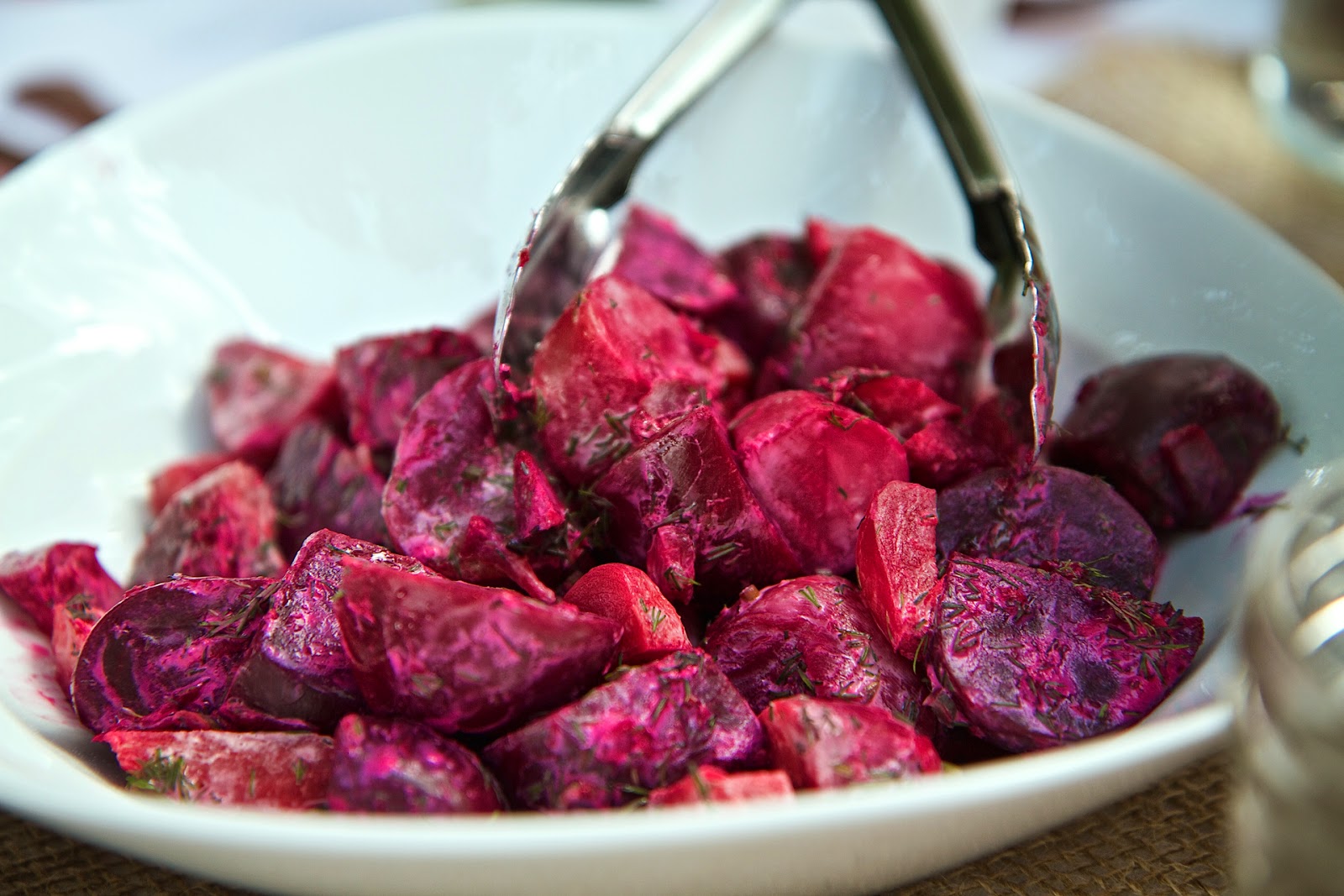 Purple potatoes and beets with creme fraiche. I loved how the tangy creme fraiche played with earthiness of the beets. Plus the color was just so amazing. 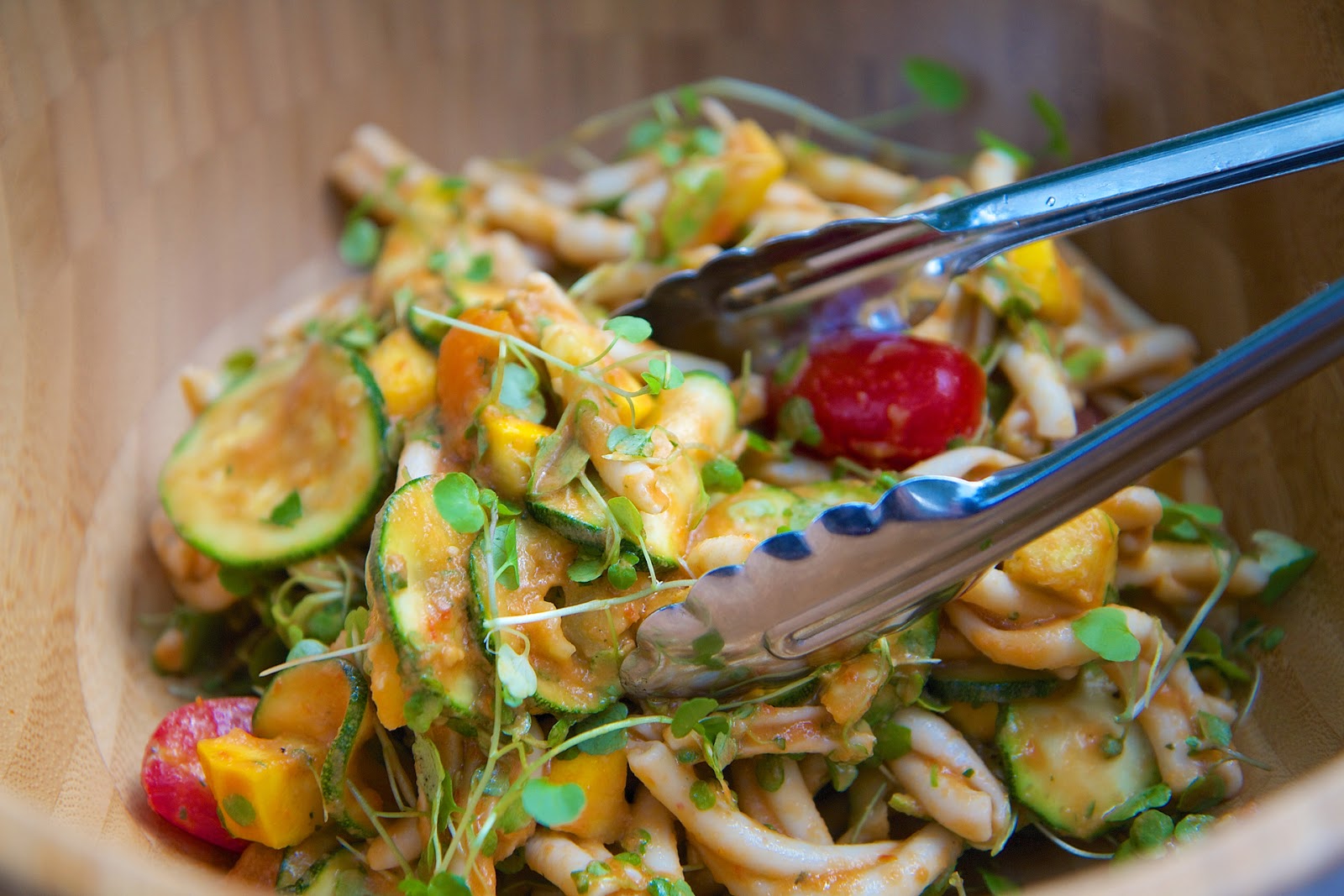 Pasta salad with zucchini, yellow squash, tomatoes, greens, olive oil and lemon. The simple preparation allowed for very clean flavors. For me it was a touch bland. 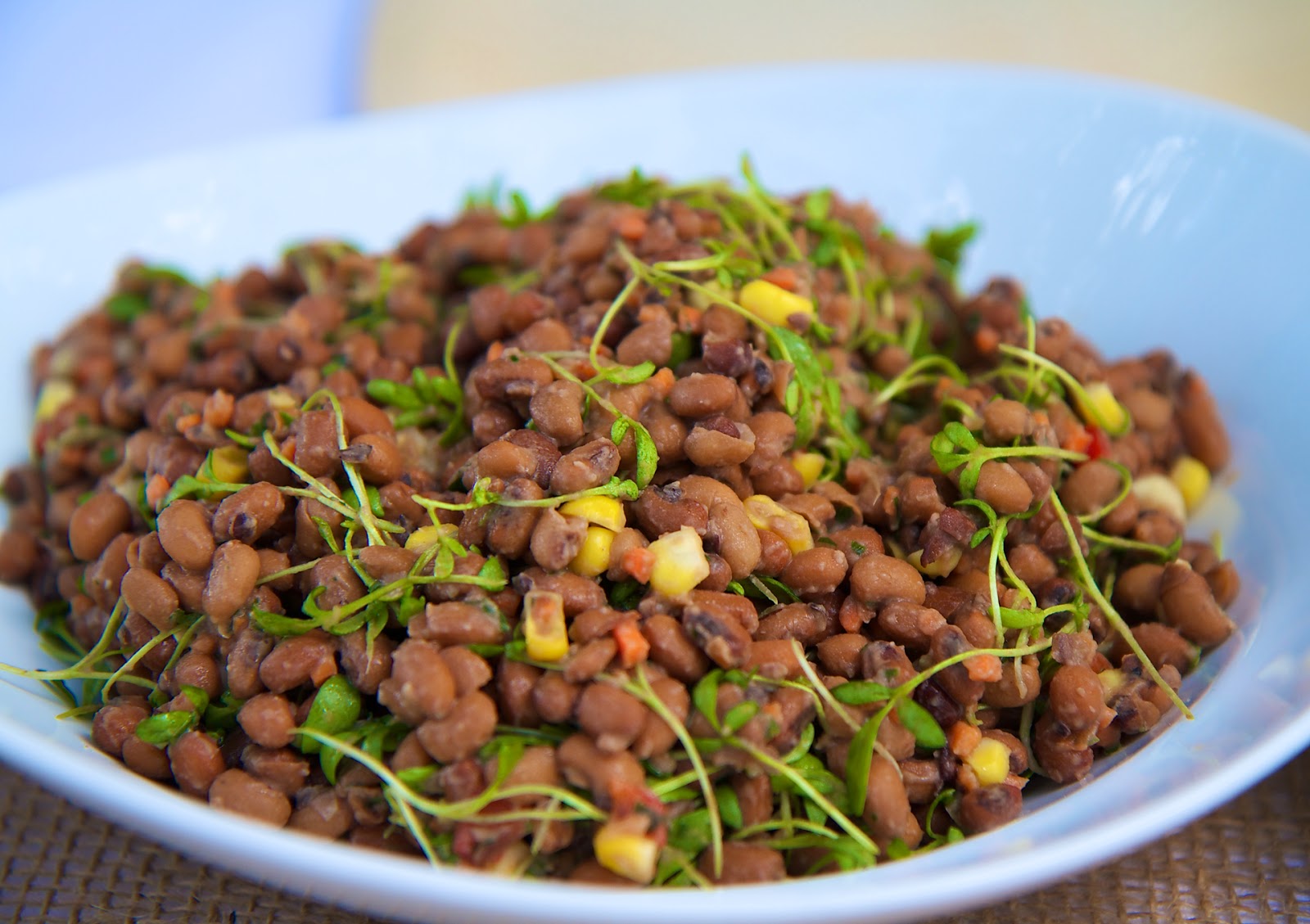 Bean salad featuring heirloom red “peas”, tomato, corn, peppercress and a drizzle of olive oil. I loved the burst from the raw corn kernels and peppery background flavor from the greens. 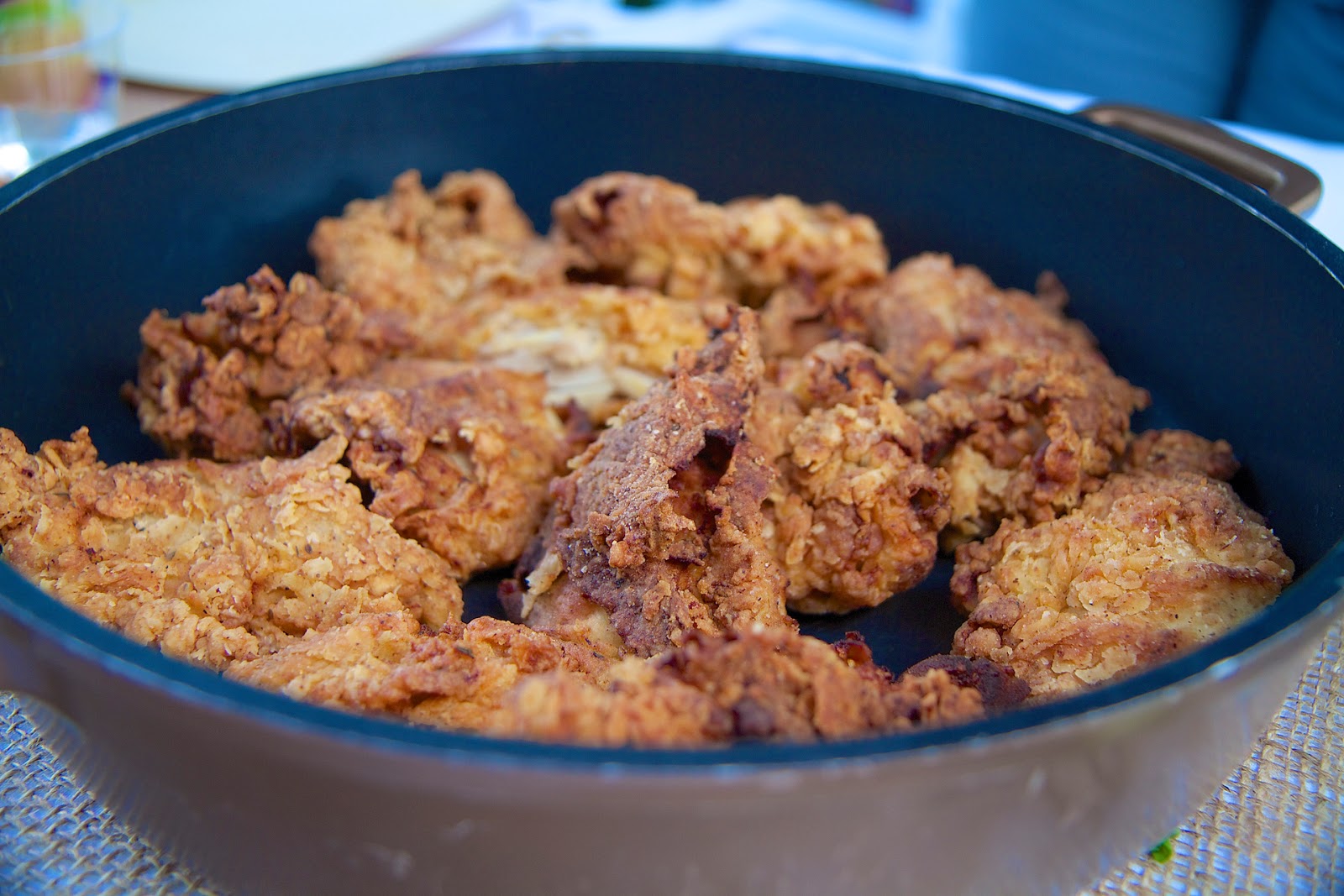 Then came two hearty main course selections: Cold fried chicken and Swordfish with chimichurri. Chef de Cuisine Ali Goss said she first brined the chicken for 24 hours, then let it sit in a buttermilk bath for another 24 hours. The result was worth the work. The chicken was incredibly flavorful with pops of onion and garlic and a hint of spicy heat. The meat itself was moist and tender. 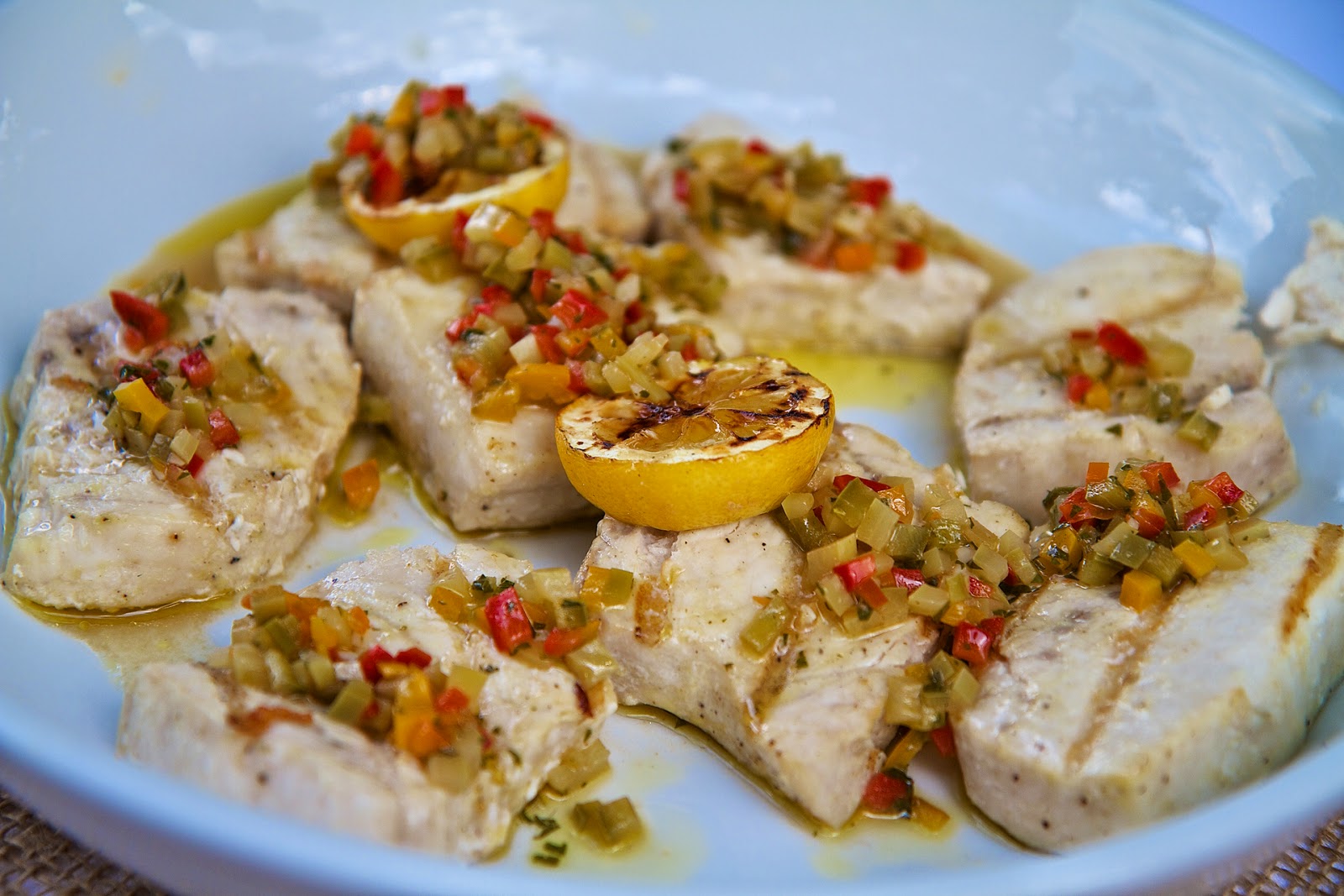 Chef Max said that this is the best time of year to enjoy swordfish. Indeed. It was steak-like with a fresh “of the sea” taste. 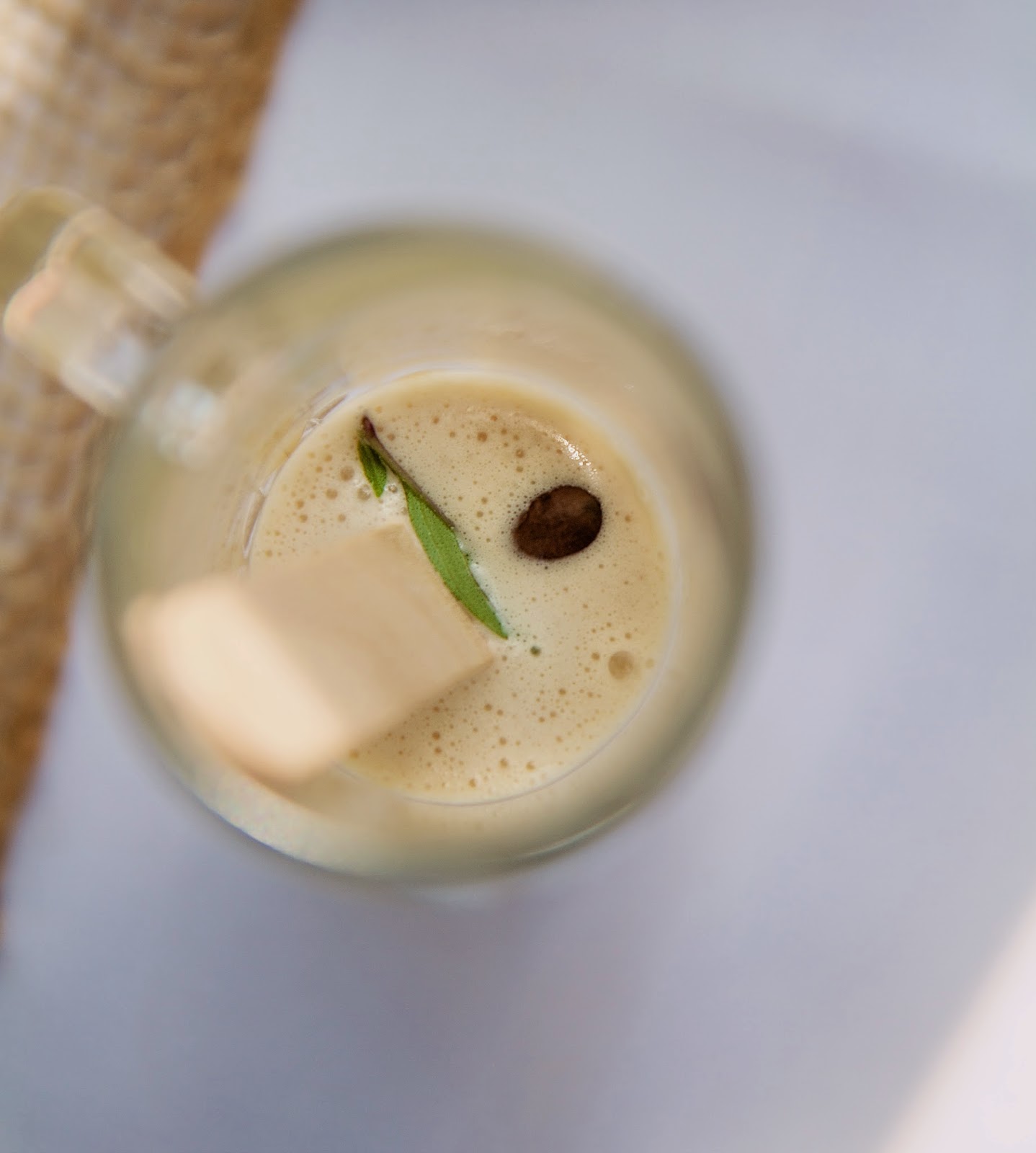 Finally, came the desserts along with a special dessert beverage, made with SoCo ice cream and Shearwater Coffee. Yum! 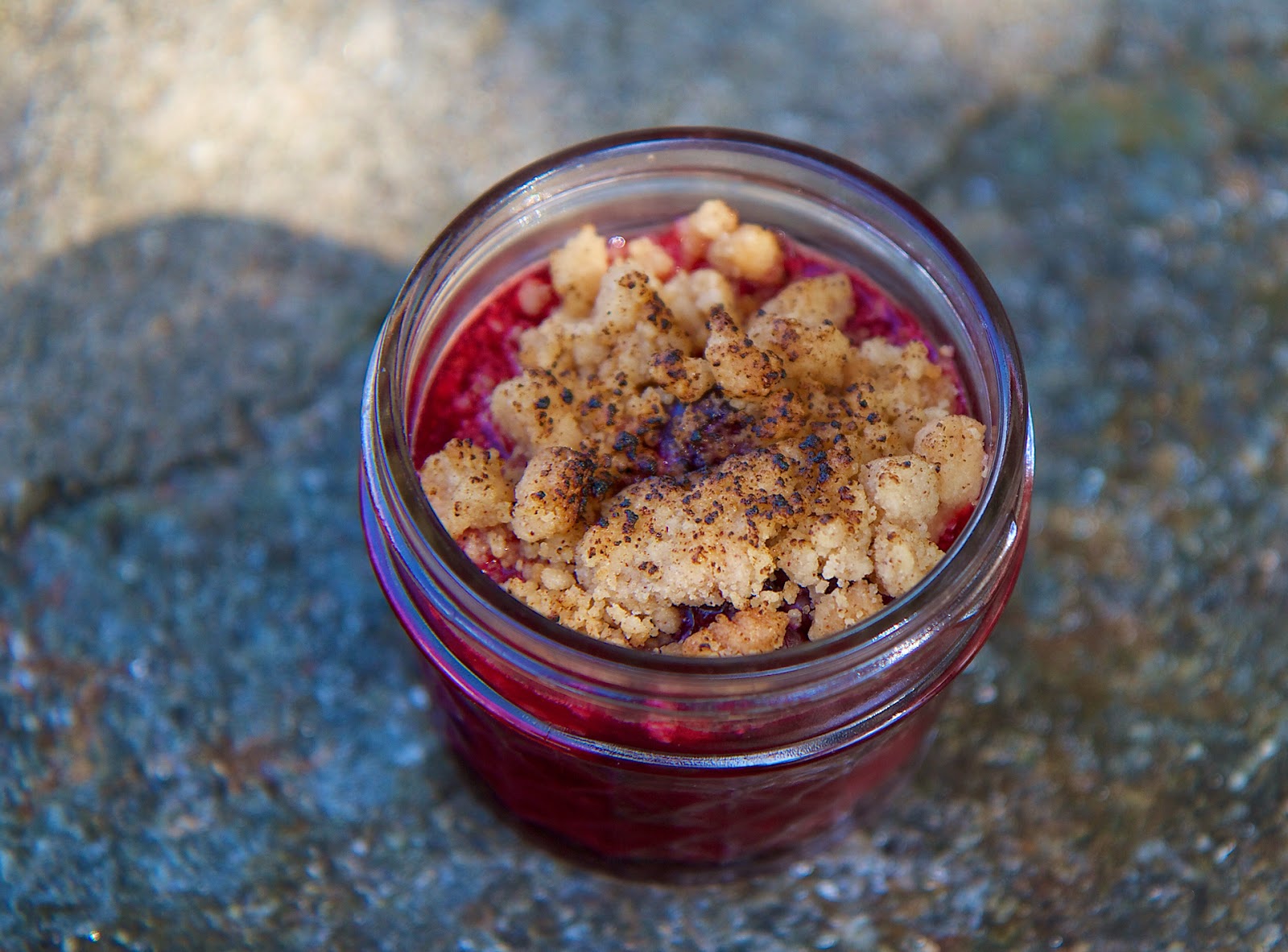 The berry cobbler was served with and without topping. Since I don’t need to worry about gluten I went straight for the cobbler with topping. The berries weren’t overly sweetened and the topping was crumbly buttery crunchy goodness. 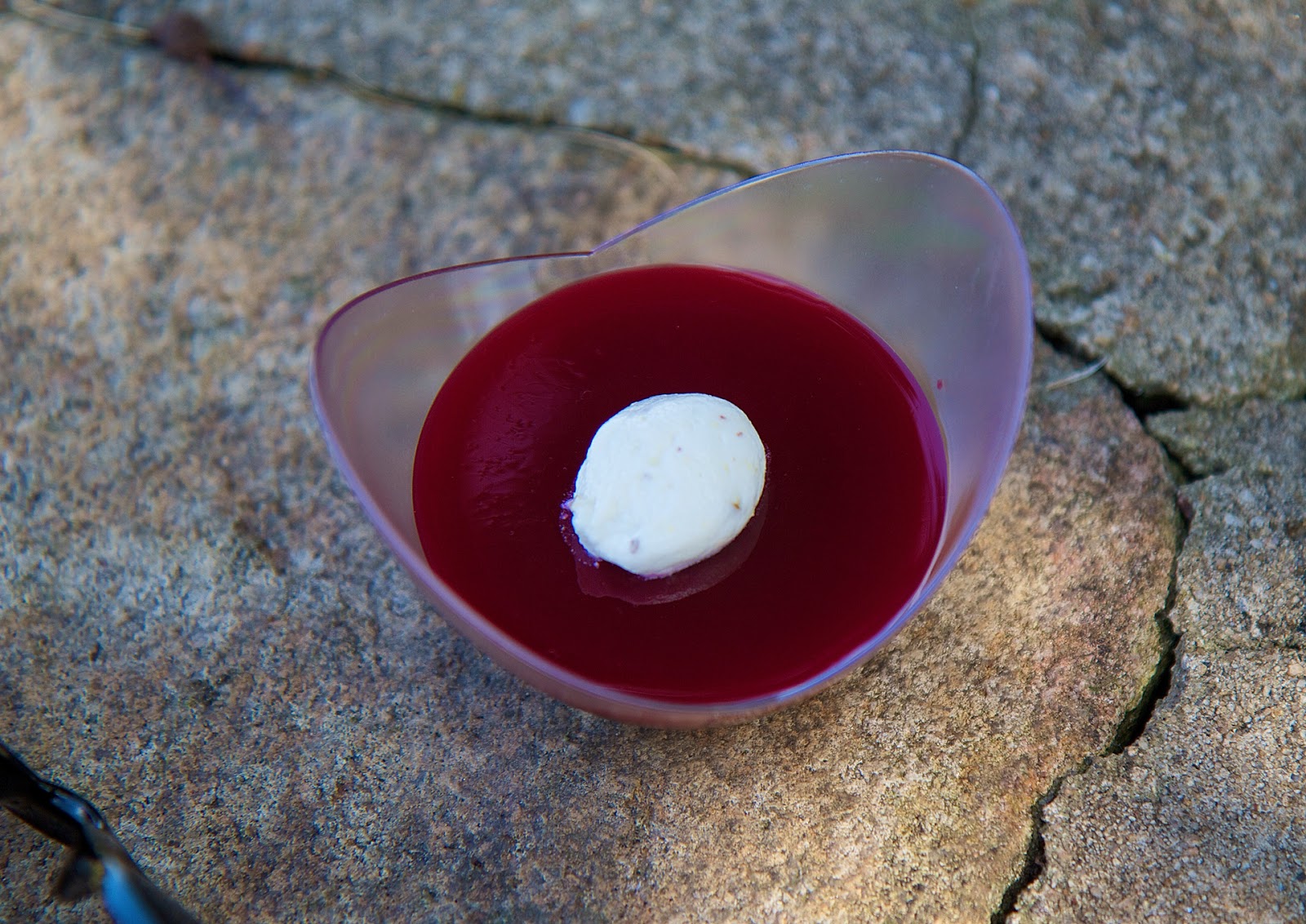 Then came jello, but this wasn’t your average jello. It was beet and strawberry jello topped with whipped goat cheese and crushed pistachios. this dessert was more savory than sweet and I loved it. Chef Goss said it was “fantasmic” and I could not agree more. The consistency was spot on and the flavor was amazing.

As the afternoon  began bidding us adieu, it was time to trek home with full bellies and maybe a touch of sunburn on our faces. It was an elegant take on a classic summer picnic.

For more tantalizing food photos just head on over to the Local Food Rocks Facebook page.

Bummed you missed out on a delicious event? Don’t worry. Parallel Post has one more Farm To Trumbull dinner planned for this October. For info or to make reservations: http://parallelpostrestaurant.com/dinner-series/