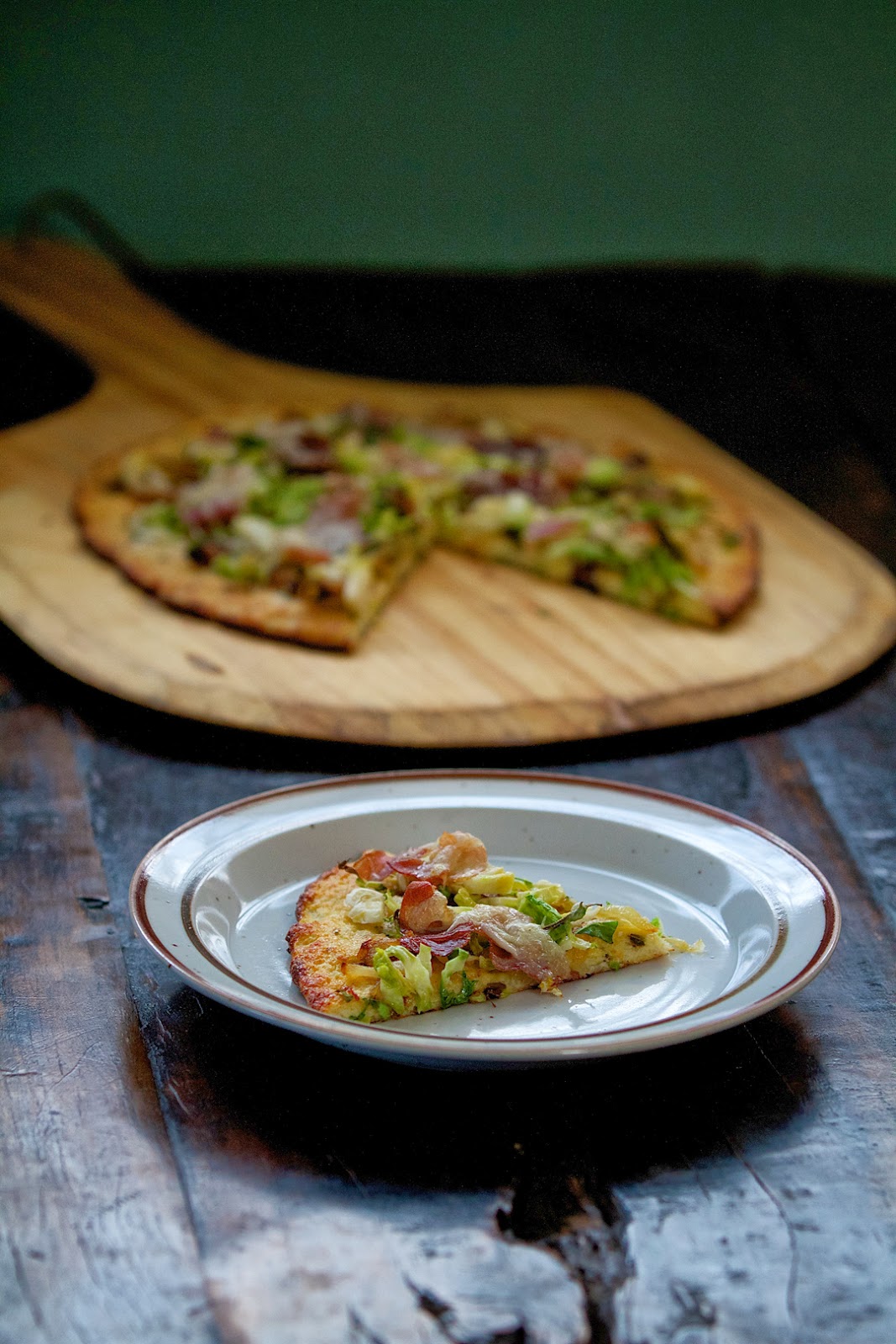 Lately I have been seeing recipes for cauliflower crust pizza popping up all over Pinterest and Facebook. I have to admit that I was skeptical. Very skeptical.

I like cauliflower, but I just wasn’t sure it would make for a good crust base. Yet, at the same time I was intrigued and couldn’t resist giving it a try.

After scanning through my various social media time lines I settled on trying out this recipe on Tasty Kitchen by How Sweet Eats, which I think is based on this recipe on The Lucky Penny Blog.

Anyway… I tweaked a few very minor things in the recipe.  I didn’t want to stray too far for my first go around. I wanted to master the process first, then I could play with it from there.

The concept is simple. Pulse a head of cauliflower in food processor until it resembles a granular “snow.” Microwave the snow for just a few minutes, spread it onto a towel to cool, then wring it out really, really well. This step is SO important. Removing as much of the water as possible will give you a chewy consistency to the crust, instead of a crumbly one. Then, mix in the binders for the crust, which in this case were cheese and egg. Again, this step is important. I think this is what really holds it all together.

As I spread the “dough” onto the pizza peel I thought it actually didn’t look half bad. This might actually work.

When it came time for the toppings, I went completely non-traditional. Instead of sauce and cheese I did a base of caramelized onions with shaved raw Brussels sprouts, thin strips of prosciutto, freshly shredded fontina cheese and a drizzle of extra virgin olive oil. 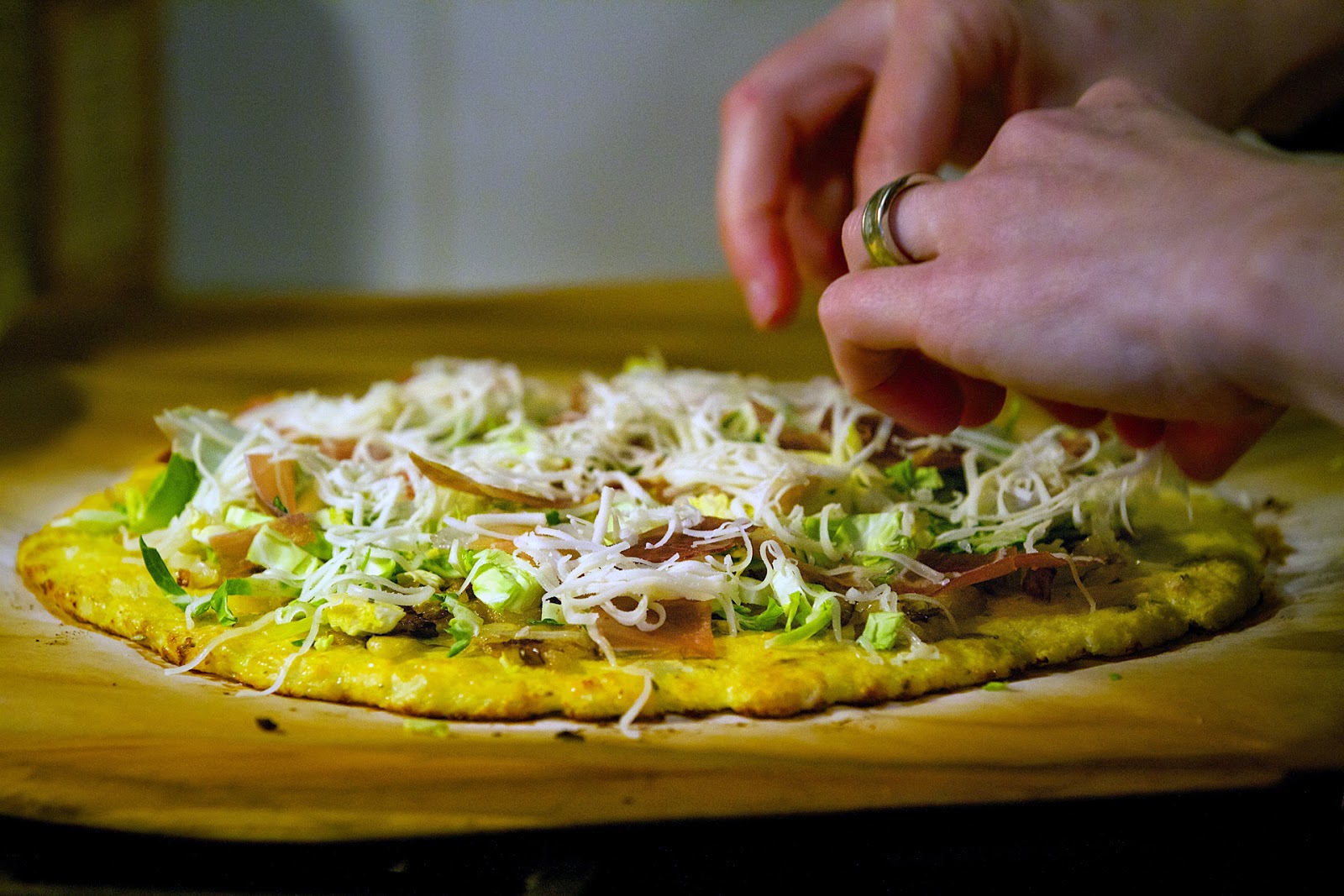 The result? It held together perfectly and made a wonderful, flavorful yet subtle base for my toppings. Definitely making it again.

With all that said though, I still refuse to call it pizza, even if it is topped with sauce and cheese. Maybe it’s my Italian roots, but it’s not pizza. I will however settle on the term flatbread, a delicious flatbread. 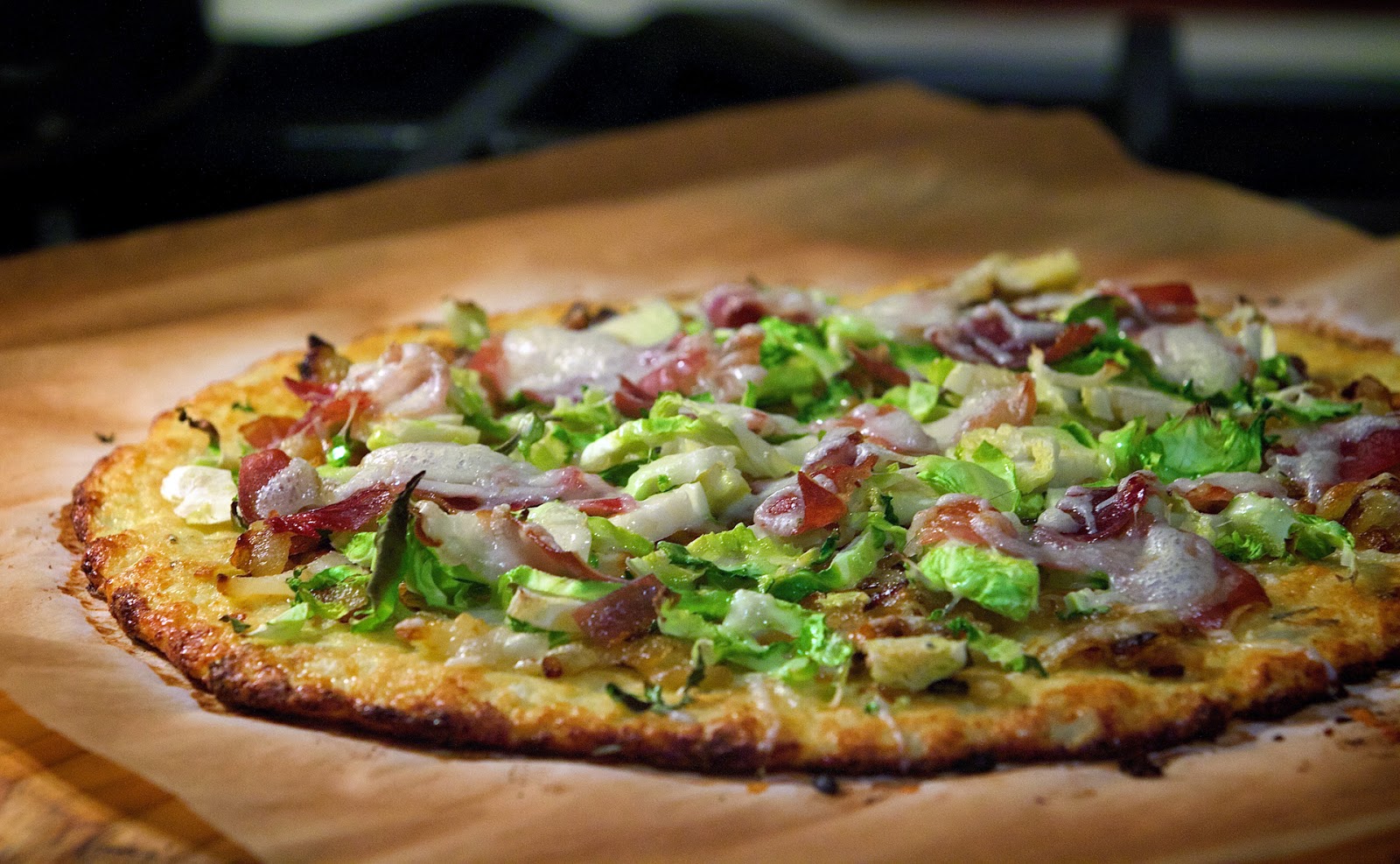 Now that I have the process down pat, I think the sky is the limit in terms ways to serve it. Have you ever made cauliflower crust? What do you think of it?
Photos by Renato Ghio