On Saturday, May 25th at 2pm is the worldwide March Against Monsanto. Activists across the globe are participating in this day of protest against Monsanto’s products and practices. There are events scheduled on six continents, in 36 countries, totaling events in over 250 cities.

In Connecticut there is a march scheduled in Hartford. And, I recently discovered that there also is going to be a march right here in Danbury. 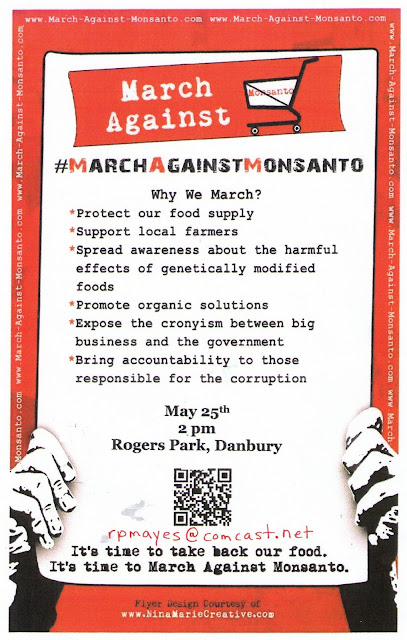 So, what’s it all about? Well, here’s the statement from the official March Against Monsanto website.

Why do we march?

What are solutions we advocate?

To see if there is an event happening where you live, you can check out the listing on the March Against Monsanto website.