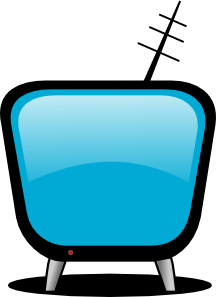 How could I not read an article entitled: What if You Ate Only What Was Advertised on TV?

Here’s an excerpt: “Researchers studied food commercials that appeared during 84 hours of prime-time programming and 12 hours of Saturday-morning cartoons broadcast over the major U.S. networks during one month in 2004. When the research team calculated the nutritional content of a 2,000-calorie-a-day diet containing only foods that were advertised on television, they found that it exceeded the government’s recommended daily amount of fat by 20 times and had 25 times the recommended daily intake of sugar … In addition, the TV-marketed diet provided less than half the recommended daily servings of fruit, vegetables and dairy.”
Read the entire article here.
OK listen I’m not going to blame all (only some) of the diet/health woes of this country entirely on TV and marketing. I grew up watching TV, in fact I am known to be TV junkie, but in my house we just never ate the “crap”. Heck as a child my only options for beverage were water, milk or juice. Soda? No way. Fake powdery juice-type beverage? I don’t think so. I felt lucky to get a bowl of Kixx cereal as a treat some mornings.
I won’t deny that TV does influence purchase decisions, but it doesn’t mean you have to act on them, especially with reckless abandon. I think we all need to take personal responsibility for what we feed ourselves and our families. Outside the marketing departments, real people also can influence purchase decisions. I saw my mom buying/cooking real food and that certainly influenced my approach to food.
We, the real food/local food/slow food/sustainable food people, can be the change back to a healthier country. We have to be.
This is cross-posted as part of Food Renegade’s Fight Back Friday.